As anyone in business can tell you, despite the best efforts of all involved, companies and individuals often end up with some form of bad debt. Most institutions will categorize this type of debt as a general business loss. Accountants categorize this debt as a loss in accounts receivable. Basically, it’s put down as money owed that will never be repaid. Companies decide to eventually take a bad debt write off in this fashion to indicate that it‘s money they will be unable to recover. So when the accountants go back and balance the books, they write off this debt as a default on payment. As far as the records state, it’s merely a loss of income for the company in question.

Individuals who have been in the market long enough expect that bad debt will come their way from time to time. This could take the shape of loans that the recipient will never make good on or accounts that the company accepts a loss on, as the debtor never makes payments. In the economy today, this is just part of how the game is played. Without risk, there cannot be gain. This is evidenced by the plethora of experts who make a living advising individuals on how, when, and to what extent to take these risks. The risk assessment is based on the facts and trends of the moment. It’s not that businesses want to wind up with money being owed from loans or accounts in default, but in order to keep making a profit, companies accept the losses.

Bad Debt is Not Necessarily the End of the World

Bad Debt, though unfortunate, does not always translate into a loss or disaster. If an accountant knows what they’re doing, they can construe bad debt in such a way that it ends up being a zero-sum game. When preparing taxes, accountants can get deductions if the bad debt is explained as a loss. The report must meet conditions set forth by the Internal Revenue Service in order to qualify as a legitimate loss and must be from the same tax year.

Given the complexity of the IRS, it is not always easy for this bad debt to be classified as a legitimate loss. It has to meet every one of the stipulations set forth. A careful, thorough understanding of the regulatory standards must be attained to avoid problems like audits or fines. It‘s imperative that the letter of the law be followed to a tee because fines imposed could outweigh the original debt if something goes awry. Fortunately for companies, their debt is very different from that of an individual. If they play their cards right, the bad debt can be swamped by the benefits of taking risks. 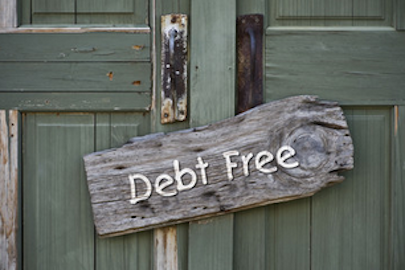 Becoming debt free is not as hard as you think. Imagine if you may, living with no more credit card bills! No […]

This site uses Akismet to reduce spam. Learn how your comment data is processed.